When Shiån Serei, author of The Bee Keeper’s Daughter, wanted to promote his first novel, he turned to an unlikely source for inspiration. The concept? T-shirts, specifically tourism-themed shirts based on places and characters in his romance novel. “I wanted something subtle and fun, rather than becoming yet another author beating his chest and saying, ‘Please read my book’,” said Serei.

Visit our Online Shop for Merchandise Ordering Details.
The shirt designs required the invention of several ‘fiction brands’ in order to make them look as if they were actually taken from the 1290AD medieval period in Russia. Each design has a diminished chapter reference to The Bee Keeper’s Daughter, with the dominant attention focused on the place or character. The designs blend English and Russian text, just as the book does in the dialogue, with a distressed appearance to make it look authentic.

“As the first few designs came together, it began to look as if the lead character, Maria, had bought the shirts as souvenirs along her travels on the Volga river and beyond,” said Serei. But the idea was untested and needed a market response to gauge how it appealed to the general public. Serei turned to his instragram account [shianserei] and placed mock ups of the designs on models and shared them across ten of the largest cities in Russia. “It was unbelievable how fast people liked and commented on them, and began following me as well, sometimes as many as 100 likes in less than one day,” he shared.

The designs are now available on Amazon in a variety of colors and sizes. The official merchandise of The Kingdom of Meridian will also be adapted into products such as “Rostov Honey”, “Natasha’s Natural Remedies” as a custom tea, organic soaps, and dishware. 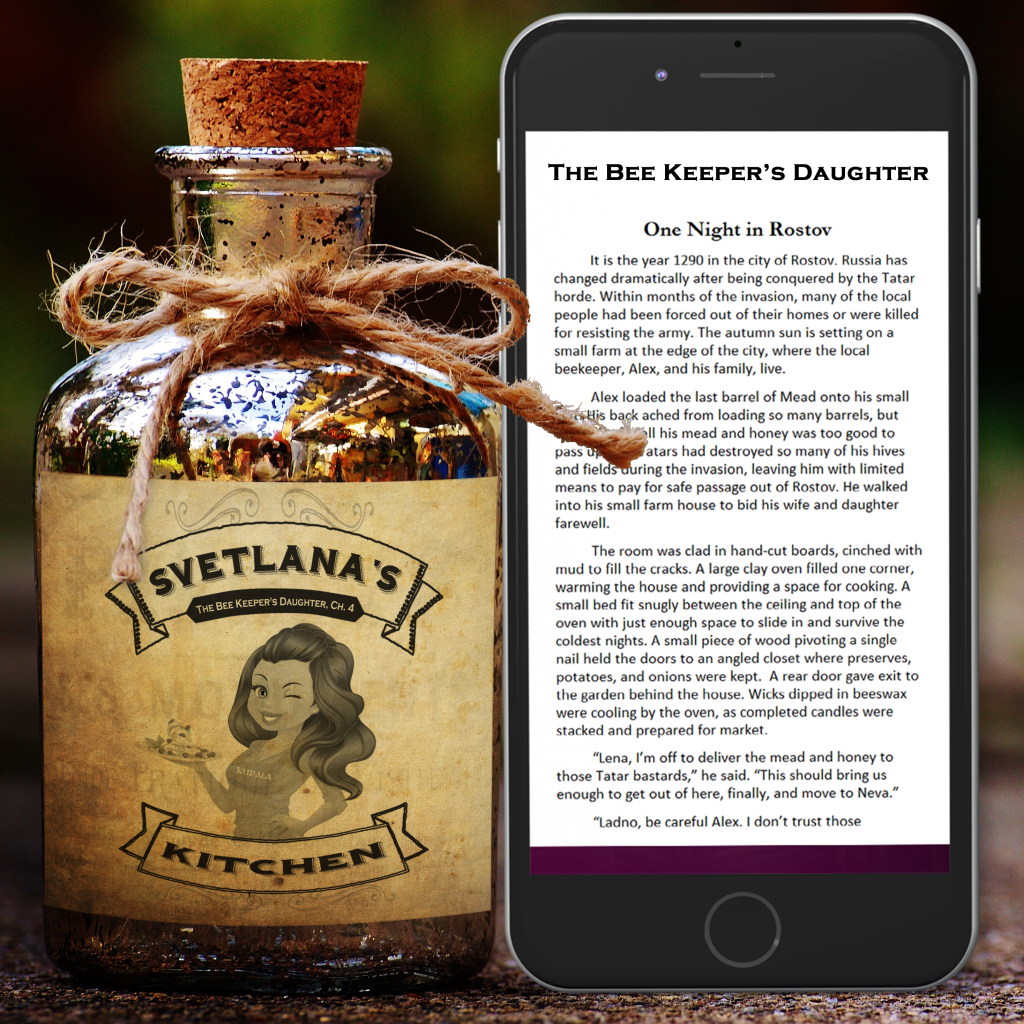